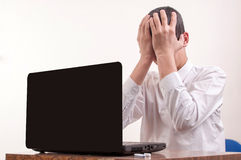 My computer had done an automatic Windows 10 update and when the computer restarted, it would not fully load.   It is a new computer and didn’t come with the install disks that I like and companies seem to be getting away from these helpful backups.

I took over 2 days after work and a total of 3+ hours on the phone with Dell customer support reps to get the right software for this exact build and everything reset to new.   Fortunately, I didn’t have too much loaded on it, so it wouldn’t be as bad of a job as it could have been.   And best of all, now I have a USB drive with restore software that will work with Windows 10.

I don’t have any major complaints regarding Windows 10 except the holdover tiles from Win 8 and some other minor personal dislikes.

So, you ask, what happened?   Well as best as I can tell there were two things that happened.  First, it was an automatic update that happened in the background unbeknownst to me.   Living in Cornfield County Indiana, the internet is not the most stable and the wireless signal that I use will intermittently drop out and then re-establish itself and is nothing more than an annoyance.

Right now, the two grandsons are living at our house and their mother often gives them a tablet to entertain themselves on when they are in the house.   This can cause the signal to get overloaded briefly if I am also trying to work online.   Second, the Windows update, downloading in the intermittent signal, seems to have gotten a bug, corrupted, a glitch, or whatever other word you wish to use.

After I got the software reloaded, the tower that provides my internet service went down so I was not able to upload this until Saturday morning.

Anyway, I am now back and able to post using a computer instead of my cell phone.   I am trying to run checks to make sure that all the updates are done before I begin using it too heavily.

This post has nothing about the children’s home or school but tells you why there hasn’t been anything new for several days.